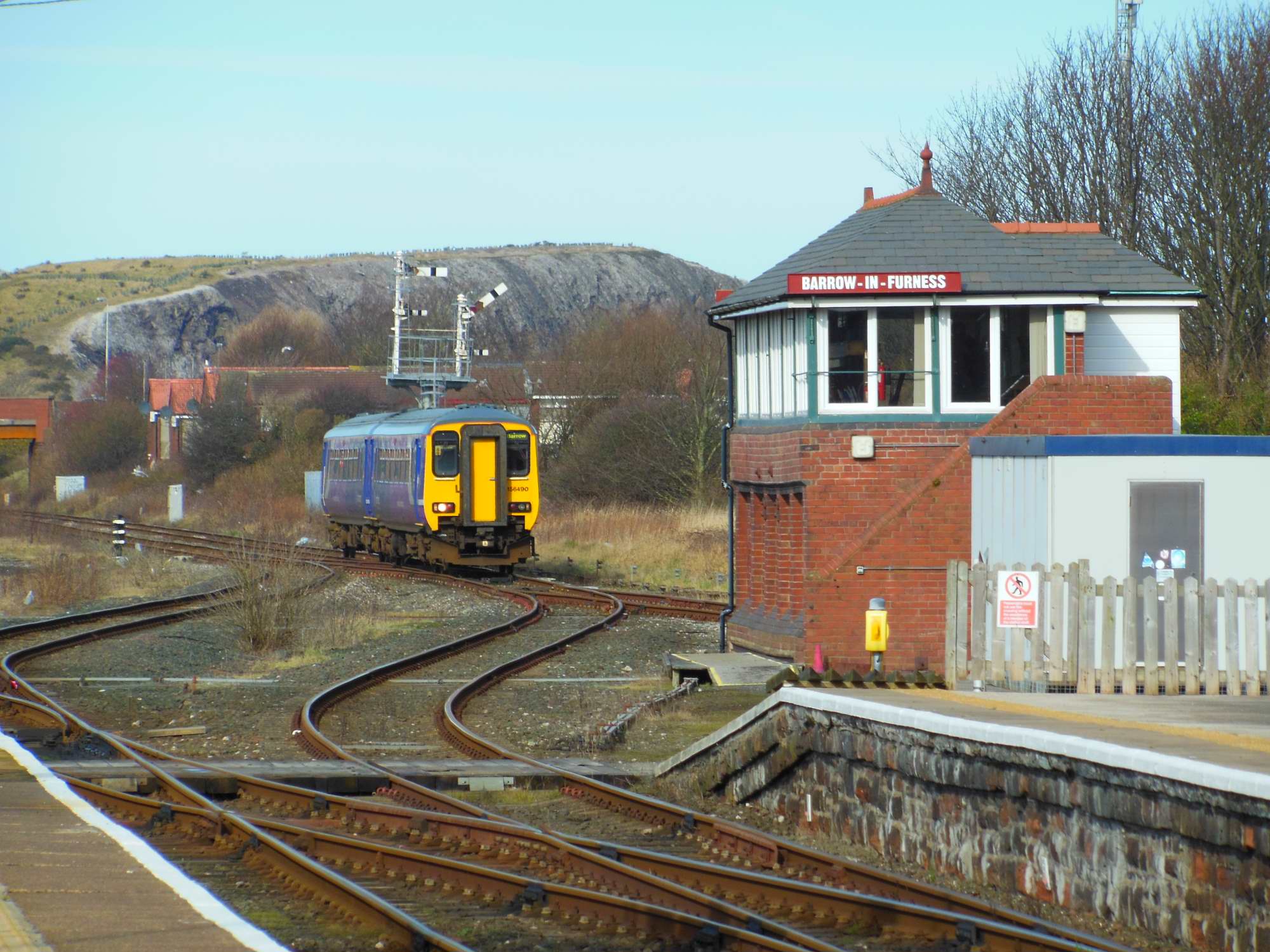 The RMT union has announced more strikes on Saturdays until 16 February. Timetables are usually available by Tuesday for the following Saturday. On the Cumbrian coast there are usually one return journey between Workington and Barrow, one between Whitehaven and Barrow and another two between Millom and Barrow. There is no service between Carlisle and Workington. On the Furness line there are six return trains between Barrow and Lancaster, some of them connecting with the coast trains.  Timetables for the following Saturdays are likely to be similar.

On 3 February buses replace trains between Carlisle and Haltwhistle.

Class 37 locomotives have now been withdrawn and nearly all services are run by class 156 Sprinters. Peak services should normally have four coaches and off peak two, with all having four carriages by the end of 2019.

Footbridges The Wigton bridge is closed for safety reasons and repair work should start in late February with access in the meantime by the road. At the same time Millom footbridge will be closed for similar repairs, followed by Arnside next financial year.

TransPennine Express sale 1/3rd off advance tickets bought by 31 January for travel until 5 April at
https://www.tpexpress.co.uk/special-offers/january-sale﻿

Michael Portillo is speaking and signing his new book Sympathetic developments at the Carnegie in Workington on 22 January at 1930. Tickets are £17.50.

Footbridges The Wigton footbridge is closed with access between platforms by the road. Work should start in late February on refurbishing it. At the same time Millom footbridge will be closed for similar work with Arnside to follow in the next financial year,

Northern are spending £285,000 on a publicity campaign with Cumbria Tourism.

The Office of Rail and Road Glaister report into the May 2018 timetable change puts the main blame on Network Rail for not recognising the risks of the delay to electrification projects and largely absolves Northern except in so far as it failed to provide sufficient information during disruption. (The press release links to the report itself). A second part of the report is due in December to recommend changes to future practices.