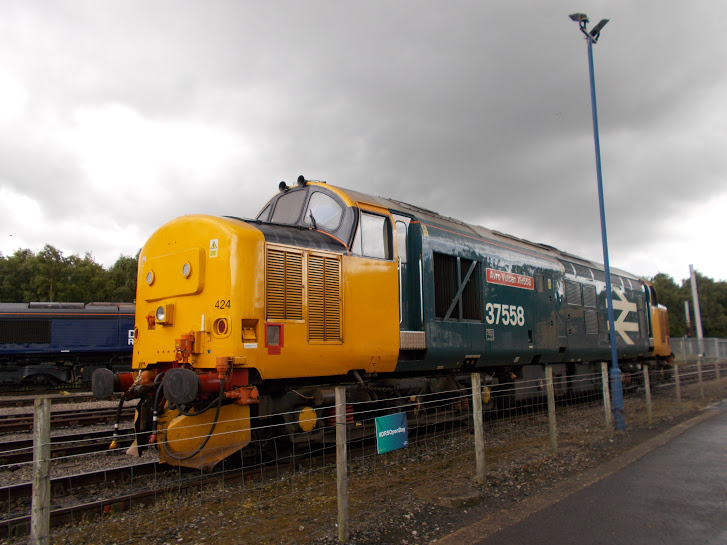 The RMT union has announced more strikes on Saturdays 6, 13, 20 and 27 October and 3 and 10 November. Timetables are usually available by Tuesday for the following Saturday. On the Cumbrian coast there are usually two return journeys between Workington and Barrow and another between Workington and Whitehaven with six or seven buses between Carlisle and Whitehaven connecting with the trains. On the Furness line there are now buses between Barrow and Lancaster, some of them connecting with the coast trains.  Timetables for the following Saturdays are likely to be similar.

There are still some cancellations on both the Cumbrian coast and Furness lines particularly at weekends but the position does seem to be improving.

Trains from Preston via Bolton replaced by buses on Saturdays and Sundays until 4 November.

Settle and Carlisle 6-7 October has buses between Skipton and Appleby (change at Skipton for Lancaster trains).

Class 37 locomotives are still operating on some services (listed in the timetable) but should be withdrawn by January 2019.

In both wars the Jellicoe Express carrying naval personnel and mail between London and Thurso called nightly at Carlisle. You are cordially invited by the Cumbrian Railways Association and the 301 Miles Bar to the unveiling of a plaque on Wednesday 31 October 2018 at 1100 in the 301 Miles From London cafe-bar on Platform 4, Carlisle Citadel Station, Court Square, Carlisle, Cumbria CA1 1QZ.  Please RSVP by 24 October to jyellowlees@blueyonder.co.uk – light refreshments will be served.

Michael Portillo is speaking and signing his new book Sympathetic developments at the Carnegie in Workington on 22 January at 1930. Tickets are £17.50.

Regulated fares (off peak returns and season tickets) are expected to rise by 3.2% in January 2019.

Delay repay is being extended on Northern to 15 minutes from December.

Northern are spending £285,000 on a publicity campaign with Cumbria Tourism.

The Office of Rail and Road Glaister report into the May 2018 timetable change puts the main blame on Network Rail for not recognising the risks of the delay to electrification projects and largely absolves Northern except in so far as it failed to provide sufficient information during disruption. (The press release links to the report itself). A second part of the report is due in December to recommend changes to future practices.